After the fantastic matches against Inter and Fiorentina mr. Gasperini was afraid that the team was satisfied and less motivated as Sampdoria that lost the first derby this season by 0-3 and surely want to have revanche. After the choreography that was surely won by Genoa (see foto’s) indeed it was the team of  Mihajlovic that started more aggressive. In the 25th minute it was Maxi Lopez who scored the opening-goal after a combination with Eder in the heart of our defense. In the 2nd half with Fetfatzidis in the team Sampdoria only defended their advantage. Genoa had several chances, but missed a little bit of luck and some extra passion to score the equalizer. A draw would surely be the right result, but if you start a match to easy you often lose it. 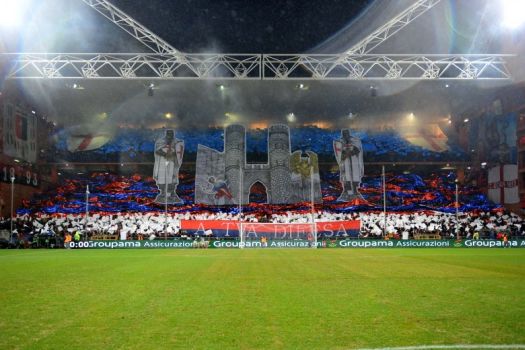