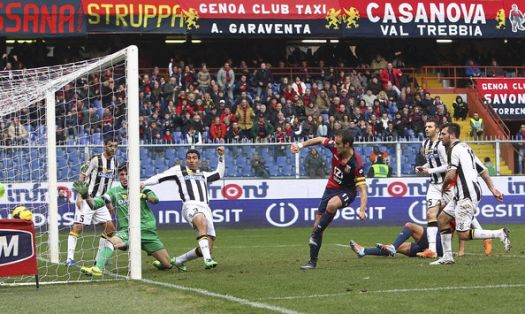 What a great match! Genoa was down by 0-2 after 2 sharp counter-attacks by Udinese, but in injurytime of the first half Moussa Konaté headed his first goal in Serie A: 1-2 at halftime. In the opening-minutes of the second half Udinese got a free-kick in midfield. The ball was passed into the penalty-area in which everybody holds everybody just as with every corner in Serie A. Not to referee Tagliavento who punished Burdisso with a yellow card and a penalty to Udinese which was realized by Muriel: 1-3.  Mr. Gasperini protested against the penalty and was send away, but just before he brought Fetfatzidis in the field which was the key to return in the match. A great dribble of our Greek Messi brought the ball with Gilardino who scored from just outside the penalty-area: 2-3.  Ten minutes later a corner of Genoa finally ended in the goal by Gilardino after the shots of Calaio and De Maio were blocked: 3-3. In the last 10 minutes both teams tried to score the winning goal, but this match did not deserve a looser: 3-3. We now have 31 points in the standings. 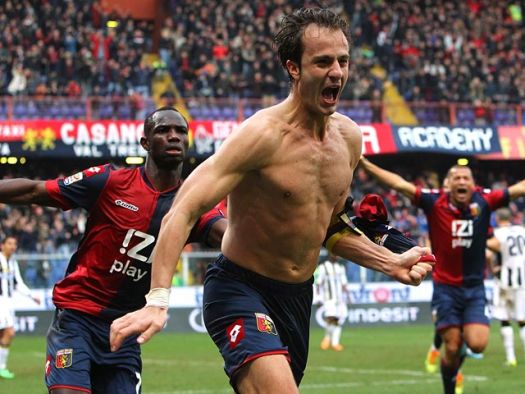