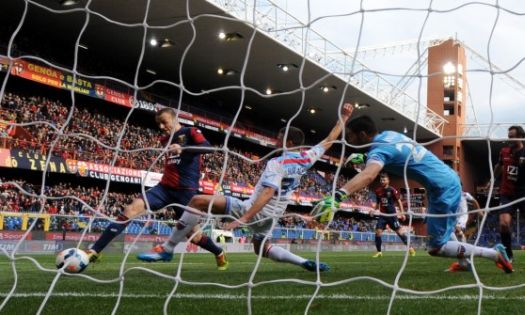 Genoa has beaten Catania by 2-0 with goals of Luca Antonelli (first half) and Stefano Sturaro in the second half. After the great draws against Udinese (3-3) and Napoli (1-1) it was time to book another victory to reach as soon of possible 40 points which means statistically the remaining in Serie A. Gasperini started with Portanova and Sturaro in the team to substitute De Maio and Matuzalem. Already after 14 minutes Luca Antonelli scored for the third time this season. Just before halftime Catania-defender Bellusci was send away after 2 yellow cards. Despite several chances it lasted till the 85th minute before Stefano Sturaro scored his first goal in Serie A: 2-0. Next Sunday Genoa plays in Bentagodi against Chievo Verona. The homematch was the 1st victory of Gasperini by 2-1 with 2 goals of Alberto Gilardino and 21 Dutch griffins in the stadium. 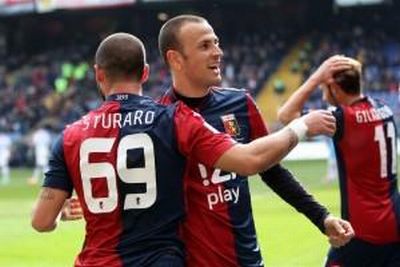 the 2 goalscorers: Sturaro and Antonelli