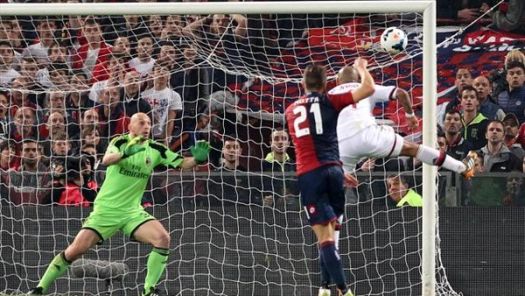 Just as the match against Juventus the Gasp-boys played very good, deserved at least a draw but finished the match with a defeat. With Fetfatzidis and Burdisso back in the line-up we started very passioned and aggressive against Milan. The openinggoal however was scored by Taarabt after a great run from the midfield, the only shot of Milan on the goal of Mattia Perin in the first half. After the goal Genoa became even more stronger but did not succeed in scoring the equalizer. In the 56th minute a counter of Milan gave Honda the chance to double the score, which happened because Sculli couldn’t touch the ball out of the goal: 0-2. With Centurion in the team Genoa played even more offensive (cornerscore: 8-1 to Genoa) and Marco Motta scored 1-2 with a great shot in the 73rd minute. A few minutes later again Motta and Fetfatzidis were close to the equalizer but we did not get what we deserved also because referee Banti helped the big team of Milan a little to whistle every time Balotelli felt down for nothing and to give only 4 minutes of injurytime while it should be at least 7. 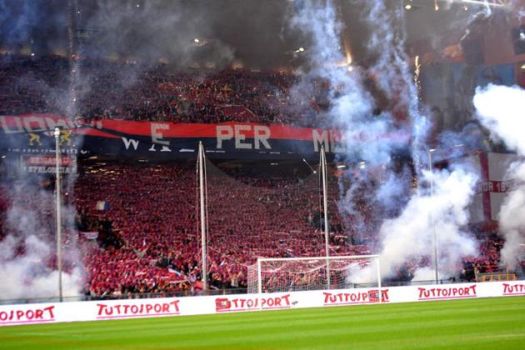