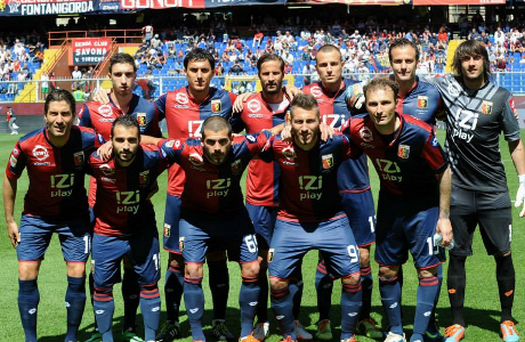 The line-up against Bologna

The last 2 seasons Genoa played very good in the last matches because there was the concrete danger of relegation to Serie B. This year Mr. Gasperini lead us to an easy position in the middle of the standings far arway of the relegationzone. Of course without the possibility of reaching European football and without the danger of relegation you still have to fight for every point. Genoa did fight against Bologna but not with the passion which usually makes us a very hard team to beat in our Luigi Ferraris stadium. On the other hand Bologna is in big relegationproblems and they need every point. The concurrents of Bologna did win their matches againt teams that just as Genoa have nothing to play for: Catania-Roma 4-1 and Fiorentina-Sassuolo 3-4. Comparing to these 2 matches Genoa played a descent match, but especially in Luigi Ferraris we expect more of our Rossoblu team. Next week we play in Reggio Emilia against Sassuolo another team that needs every point to stay in Serie A. With another draw Genoa does not influence the standings in a bad way like Roma and Fiorentina did.