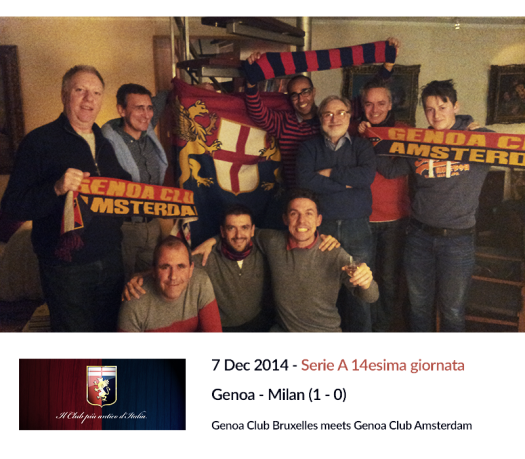 Last Sunday we met our Belgium friends of Genoa Club Bruxelles in the city-center of Amsterdam. After a lunch (with beer and a lot of old stories of course) in the famous Jordaan-area of Amsterdam we went to the house of G.C. A’dam member Ezio Pesce to watch the topmatch Genoa – A.C. Milan on tv. Both supportersclubs were present with 5 members and everybody was sure that after the victory against Juventus we would also beat Milan in Marassi. After 32 minutes Luca Antonelli headed the corner of Diego Perotti behind goalkeeper Lopez of Milan and the neighbours of Ezio heard us all scream: 1-0. In the 2nd half Milan tried to score the equalizer but they only got half of a chance of Bonavetura who missed. After the victory that was celebrated with white wine and (of course) limoncello we went to the Pancake-bakery to end the very nice meeting of the Belgium and Dutch Griffins. The next meeting is in March when the Olandesi go to Bruxelles and in May both supportersclubs go to hometome Genova to play the 7th United in the Name of Genoa tournament and to visit Genoa-Inter. 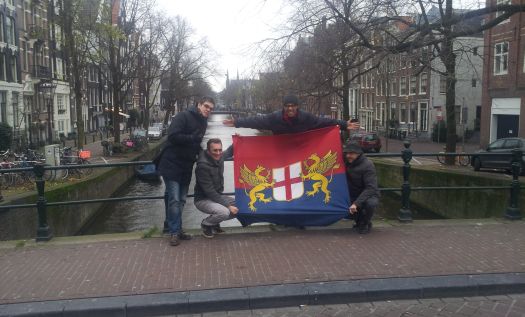 Genoa Club Bruxelles in the city-centre of Amsterdam