Our fanclub is founded on Tuesday 15th June of 1998 to bring fun and real football-passion to football-fans in Holland and Belgium. In the 14 years we now exists we found frienship with so many fantastic friends from all over Europe, so we can easily say that for us Genoa is the club with the best supporters in the world and it doesn’t matter if we play in Serie A, B or C-1.  A lot of teams (like the other one in Genova) only are popular at the moment the club is succesful, but even in Serie C-1 for the match Genoa-Fermana the Marassi stadium was more filled than during an Uefa-cup match of Sampdoria in the same season. 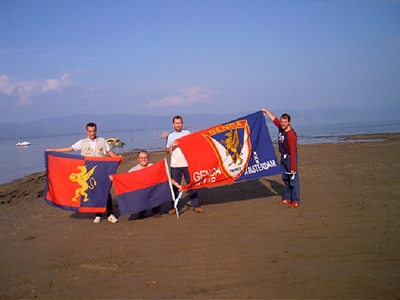 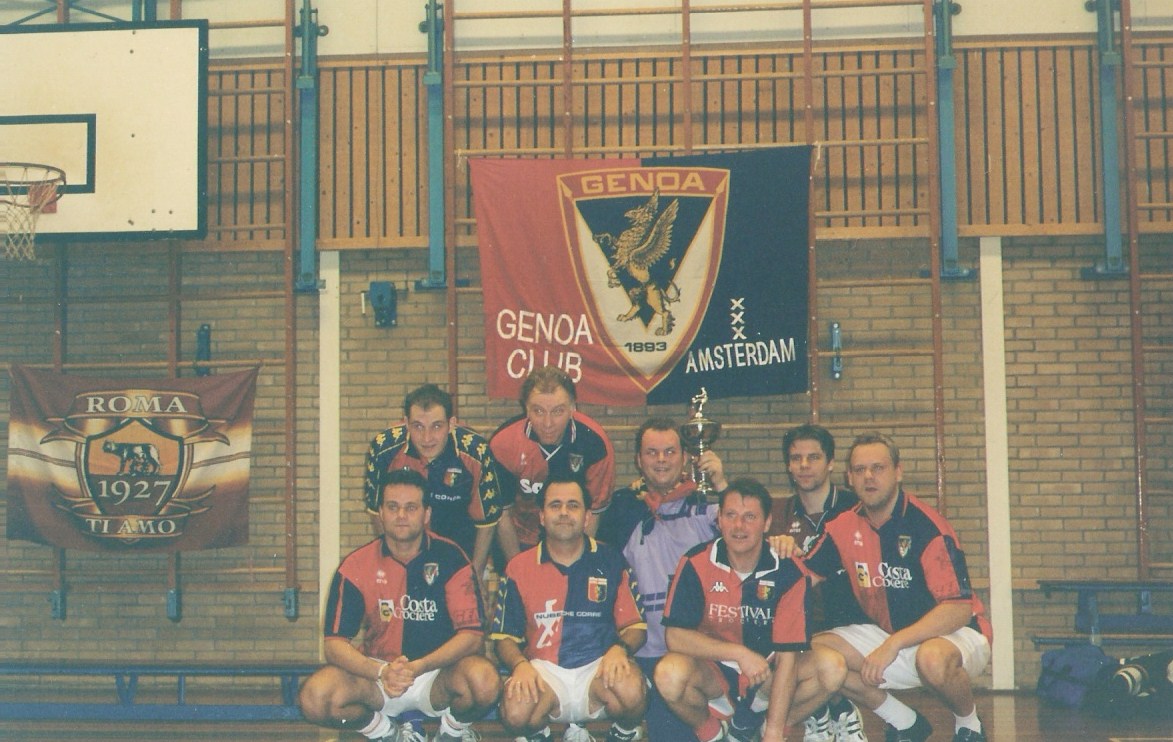 Of course Genoa Club Amsterdam organizes many activities for their members. Every season we choose our Genoa Club Amsterdam Genoano of the year and we try every season to hand over the trophy to the winner (see Genoano of Year), which succeeded 9 times in the last 10 years. We make a fanzine for our members 3 times a season and organize meetings in Skysportscafé on Leidseplein in Amsterdam to watch together (mostly with some Napoli-fans) matches of Genoa. But our most important activity is to organize trips to Genoa-matches. Untill now we made 21 trips with 3 or more members. Of course also this year in Serie A you can travel with us to several matches (see Visit match Genoa). Our 13 most special trips so far:

The winning derbies, starting with the most recent: