Genoa played the most bad match since the arrival of Mr. Gasperini 18 months ago. Against number last in the standings, Siena the Rossoblu-team lost the match during the first 23 minutes in which Siena scored three times. 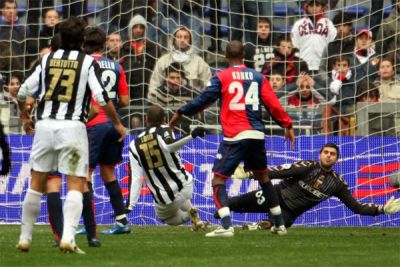 In the rest of the 67 minutes Genoa was the team with the ball and we got a lot of corners (14-3), but goalkeeper Manninger of Siena never was in big troubles. Only in the 89th minute he was without any chance when Figueroa scored his first goal after a combination with our best man: Marco Borriello.