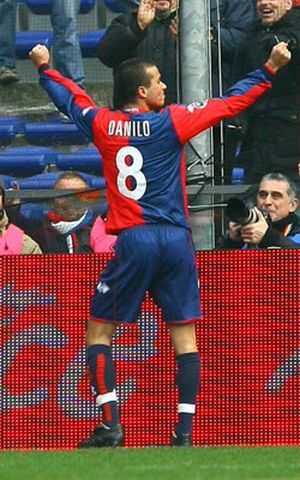 The new 3-5-2 concept of Mr. Gasperini with Borriello and Figueroa together as strikers directly gave us 3 points. After 14 minutes Borriello’s shot was saved by goalkeeper Polito, but the ball jumped towards Danilo: 1-0. Again after 14 minutes – this time in the second half – another goal of Genoa but very unlucky Bovo headed the ball in our own goal: 1-1. Of course Genoa did everything to win and in the 71st minute after hands of an Catania-player we got a penalty, that was realized by Borriello: 2-1.

Genoa is now on the shared 8th position in the standings, together with Palermo and Sampdoria, the others of Genova that are our home-opponent in 2 weeks in the derby.