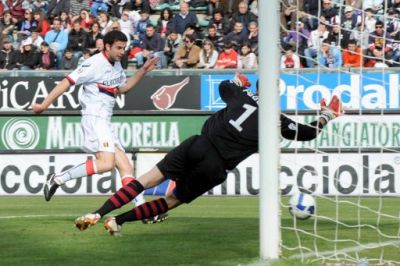 What a great season 2008-2009 ! After 3 draws in San Siro, home-victories against Milan, Roma and Sampdoria, the historical victory after 35 years in Cagliari also today Genoa wrote history. For the second time ever and the first time in 37 years Genoa booked a victory in Stadio Granillo in Reggina: 0-1.

At the moment the match started Fiorentina was on the fourth place in the standings after their victory (again in the last minute) in Bergamo against Atalanta, so Genoa had to win to take back the Champions-league position. Because of injuries Mr. Gasperini had to start without Milito (stayed in Genova) and Motta (on the bench), two of our most important players this season. After Genoa missed several big chances to open the score in the 68th minute our coach changed the team and the tactics by substituting central-forward Ruben Olivera by playmaker Thiago Motta. As often the tactical change of Gasperini was brilliant, especially because within 10 minutes Motta scored the only goal after a great cross of Palladino. In the minutes after the goal Genoa frooze the match and goalkeeper Rubinho hardly never was in danger to keep his goal clean for the third time in a row. 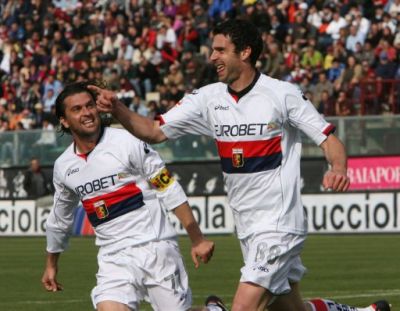