Matteo Ferrari last year came home from A.S. Roma towards his former club of the beginning of his career: Genoa. This week Matteo received a financial offer you hardly can’t refuse of Besiktas in Turkey. Because he did not sign the contract there is still a little hope that Matteo Ferrari stays with us, but as a good President mr. Preziosi already is bussy to think about a new experienced central defender. Rumours in the media say that Genoa is close to buy 2 experienced Italian defenders: Christian Panucci of A.S. Roma who started his career with Genoa, just as Ferrari, and Emiliano Moretti of Valencia who played before he went to Spain with Fiorentina and Juventus. 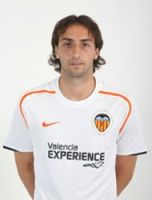 Genoa already sold nearly 17.000 season-tickets in the first 2 weeks of the reserved period to present holders and planned 7 friendly matches in the next weeks: