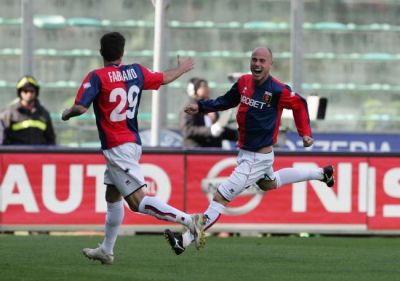 Yesterday Genoa presented the list of 25 players that represent the team in the play-offs of Europa League on 20th and 27th August against Odense BK. Because of the virus of Palladino and the injuries of Floccari and Jankovic our coach Mr. Gasperini and his staff only had 3 healthy forwards left in the team. For this reason Luciano Figueroa was asked to stay a little longer in Italy, which he accepted. The list of 25 players, including 4 yougsters* that raised in the youth of Genoa which is an obligation of Uefa:

The 2 substitutes are the young forwards: Stephan El Shaarawy and Dejan Lazarevic