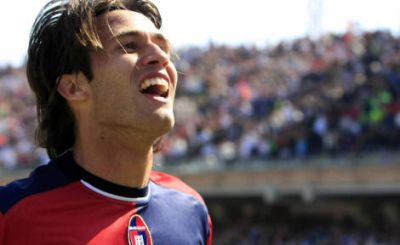 With the transfer of Diego Milito to Inter last summer Genoa already became the owner of one of the biggest talents of Italy: Robert Acquafresca. Because of his young age and the fact Genoa already had the central-forwards Floccari and Crespo in the selection, Acquafresca was rent to Atalanta Bergamo, the former team of Sergio Floccari. Now 5 months later Floccari is rent to Lazio, Hernan Crespo is sold to his first love in Italy: Parma and besides Acquafresca Genoa also hired David Suazo of Inter and bought the very talented striker Aleksich (18) of Vojvodina Novisad.