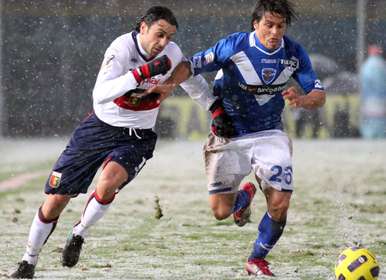 Good football was not possible in the snow of Brescia. In the first half both teams had some real chances to score. Giandomenico Mesto saved us once by kicking the ball away just before the goal-line. In the second half both teams wrestled against the snow which coloured the field completely white. The draw was the most honest result to both teams, unfortunately for the fans in the stadium it was a draw without goals.