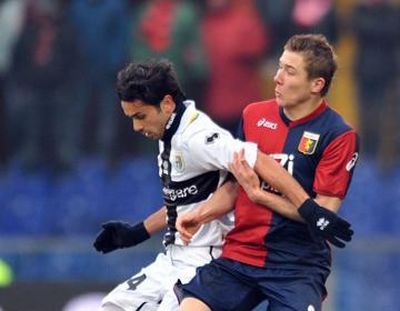 Genoa has beaten Parma by 3-1 and climbed to the shared 10th postion in the standings with 27 points. Man of the match was Parma-defender Paletta. First Paletta fouled Floro Flores in the penaltyarea, the penalty was realized by Rodrigo Palacio. After Hernan Crespo scored the equalizer it was Paletta who headed the ball in his own goal and gave Genoa the lead again: 2-1. A few minutes later Palleta blocked a shot of Marco Rossi only half, so Kaka Kaladze could score the last goal: 3-1. With Genoa striker Alberto Paloschi made his debut and Abdoulay Konko played his first match in Luigi Ferraris after 2 1/2 years with Sevillia.

Genoa-fans rembered Claudio Spagnolo before the match against Parma 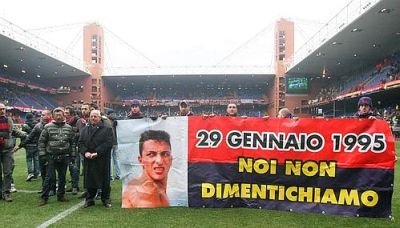