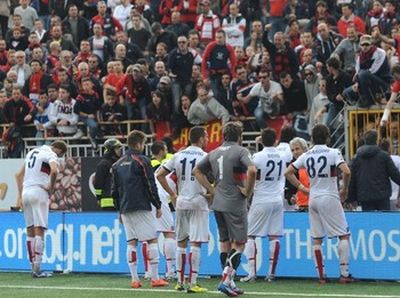 Again a draw while we alle hoped for the first victory since 5th February: Genoa-Lazio 3-2. Already in the 7th minute Genoa scored the openinggoal when Marco Rossi touched the shot of Rodrigo Palacio in the goal. During the first half both teams were equal, but after the break it seemed that Genoa was afraid to play. The equalizer of Mascara (ex-Genoa) halfway the 2nd half wasn’t a surprise. During the last part of the match Novara was the strongest team but our Rodrigo Palacio was the most close to a goal with a hard shot on the cross of the post and the crossbar. Because Lecce beat Roma by 4-2 we are now only 4 points above them. Wedsnesday-evening at 20.45 hours we play again: in Marassi against number last in the standings Cesena. 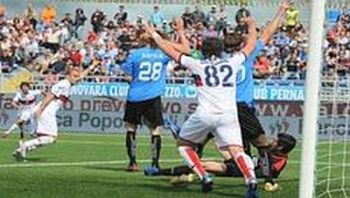