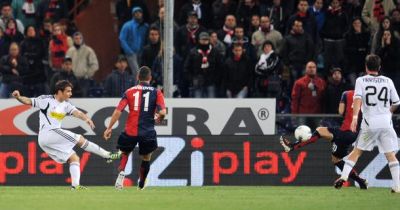 Till 15 minutes before the end everything was ok. Genoa was 1-0 ahead by a goal of Marco Rossi and Lecce was 1-0 down by a goal of Bergessio of Catania. In the last minutes everything changed: Mutu scored the equalizer in Luigi Ferraris just as Lecce on the island Sicily in the 88th minute. The goalkeeper of Catania protested against the goal of Lecce (offside ?!) and got his second yellow card, becaue Catania already substituted 3 times midfielder Lodi had to be the new keeper. In the 91st minute Di Michele also scored the winning goal to Lecce after a mistake of goalkeeper Lodi. In 15 minutes from 7 points ahead and almost save to now only 2 points ahead and the away-match in San Siro against Milan as next game. It will be a hard night for Malesani and the players. 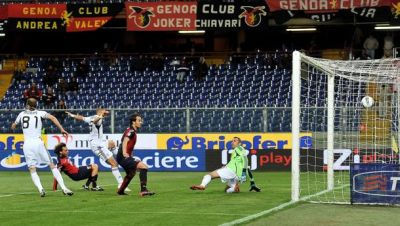