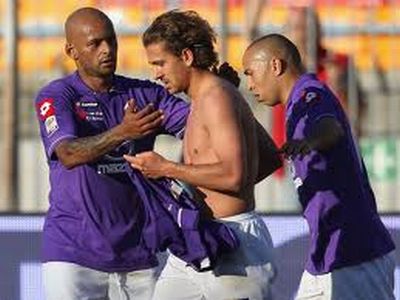 Now after all we can be happy that Juventus goalkeeper (and Genoa-supporter!) Buffon made one of his biggest bloopers in his career last Wednesday against Lecce. The draw of Lecce meant that Fiorentina had to earn another point to remain in Serie A. With the expected loose of Lecce in Turin the Viola were already save last Wednesday and could easily loose in Puglia, but now they had to draw or win to stay surely in Serie A. With their new coach Guerini on the banch (Delio Rossi is fired Wednesday after the match against Novara because he did fight in the dug-out with substituted striker Ljajic) the team of Florence brought Lecce-coach Serse Cosmi in a big depression. Lecce stays number 18 in the standings with 36 points and only 1 match (in Verona against Chievo) left, while Genoa has 39 points and 2 matches against Udinese (today) and Palermo (next week) to go. Because the general goal-difference of Lecce is better Genoa has to earn 1 point to be 100% sure of remaining in Serie A and not dependent of the result of Chievo-Lecce. 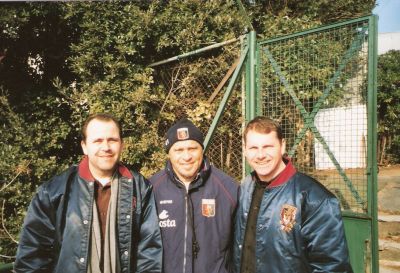