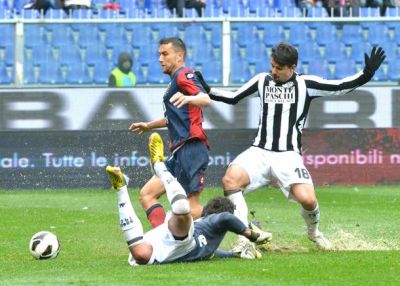 In this important match Genoa missed Bertolacci because of his stupid red card in the last match against Fiorentina and the injured Rossi, Vargas and Floro Flores.  Already in the 6th minute Genoa took the lead when the free-kick of Borriello was touched by the Siena-wall and went in the far corner: 1-0. The next 25 minutes it was only Genoa that attacked and we played very good, but we didn’t score the second goal. As often in football if you miss many changes the goal arrives at the other end of the field:  Emeghara 2 minutes before halftime: 1-1.  In the second half referee Rocchi first refused to give Siena a penalty, but one minute later he gave Siena a penalty for nothing: Rosina scored, 1-2. Mr. Ballardini immediately brought an extra striker in the team with Immobile and for the first time since months our youngster played very good. In the 26th minute the Siena defenders again couldn’t stop him and he passed the ball towards Bosko Jankovic who easily scored the equalizer: 2-2. In the last minutes Genoa did everything to score the winning goal, but goalkeeper Pegolo (ex-Genoa) saved his team a few times. With the draw Genoa stays 1 point above Siena, but now only 3 in front of Palermo that beat Roma on Sicily. Next week we play in Napoli. 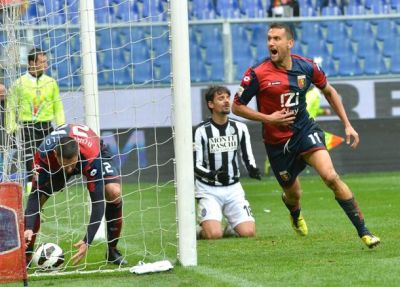