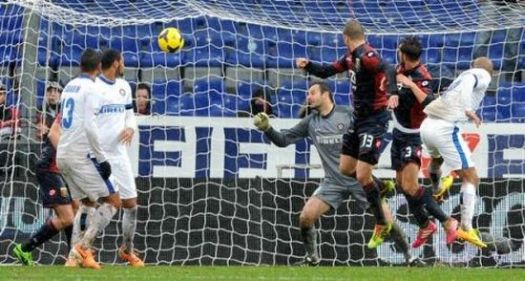 Luca Antonelli scores the only goal with a header against Inter: 1-0

Genoa has beaten Inter for the first time since 1994 (goals Van ‘t Schip and Ruotolo). After our return in Serie A in the summer of 2007 we haven beaten everyone at least one time, except Inter till today. Genoa missed the injured Portanova and Kucka, while Matuzalem was banned after his red card in Rome.  Because of the heavy rain the field of Marassi was very bad and during the match some little lakes formed themselves. Both Gilardino and Palacio (Inter) probably would have scored if the ball wasn’t stopped by a little lake on the field.  The only goal was scored by Luca Antonelli with a header in the 83rd minute. Our best player was without any doubt: again goalkeeper Mattia Perin who was unbeatable by Milito and Palacio. After the last whistle of referee Rizzoli everyone went crazy, even gentlemen Gian Piero Gasperini who was for a short time coach of Inter. 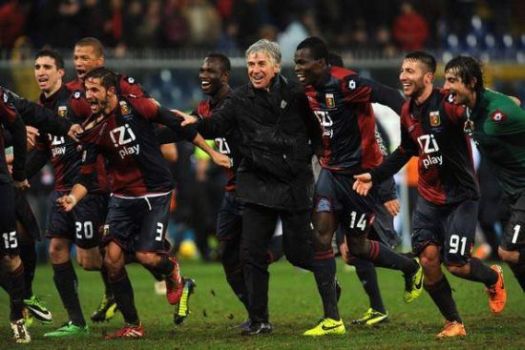