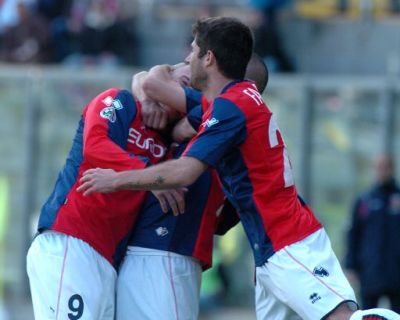 Luxuriously problems for Mr. Gasperini. Almost all the players are ready to play against Reggina next Sunday, so he has to choose a few players that have to watch the match from the platform. For the first time this season all 6 forwards: Borriello, Figueroa, Leon, Di Vaio, Sculli and Wilson (scored twice this week against Vado) are fit and Mr. Gasperini wants to keep his 3-4-3 system, so he has to choose between Borriello and Figueroa in the line-up. Also Rubinho is ready to defend the goal next Sunday, while Scarpi played a fantastic match against Palermo last week. Lots of succes Mr. Gasperini !