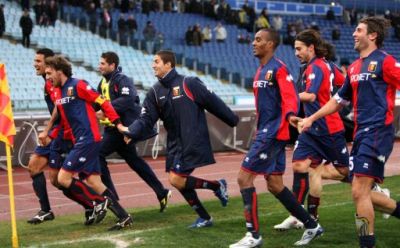 Over 1500 Genoa-supporters travel to the capital of Italy to support the team 505 kilometers away from home. The first match this season between the two teams ended in an undeserved 0-1 victory of A.S. Roma. The goal was scored in the last minute by ex-Genoa player Christian Panucci who headed a corner (his speciality) behind Rubinho. Tomorrow Genoa can revanche themselves and show the quarterfinalist in Champions League that we are on the way to the top !