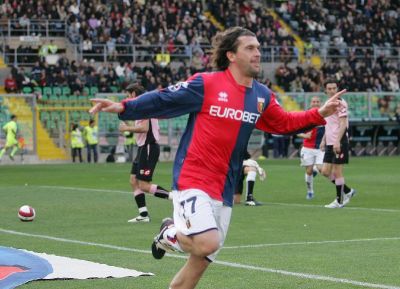 The members of Genoa Club Amsterdam have chosen Omar Milanetto as Genoa Club Amsterdam Genoano of the year 2007-2008. Our friendly playmaker was surely one of the best players of last season and the only one who was impossible to substitute. In modern football there are not much traditional playmakers anymore that start almost every offensive action of the team, but we are lucky to have one of the best in Europe: Omar Milanetto. Saturday at the Pegli-trainingfield we hand over our trophy to Hannibal, who hopefully can return in the team Sunday against Bologna and one week later be a part of the dream-midfield in the derby: Rossi-Milanetto-Motta-Juric.