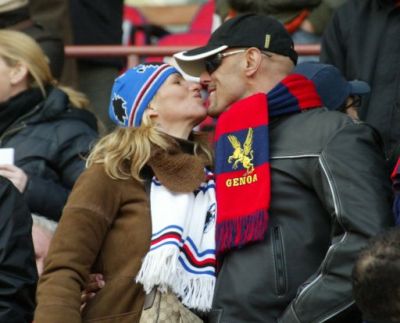 Tonight the 81st derby takes place in Luigi Ferraris and hopefully again a peaceful one, because this makes the lighthouse derby the most special in the world. Idiots like Antonio Cassano try to create a violent atmosphere by saying stupide things in the media, but let’s hope the supporters of both teams have more brains than the ugly kid of Bari.

The following 8 players sure start in the line-up: Rubinho, Biava, Ferrari, Criscito, Thiago Motta, Juric, Milito and Sculli. The choice of the other 3 depends on the tactical system of Mr. Gasperini and his staff. Does he want to play with an extra defender (Sokratis), 3 or 4 midfieldplayers (Rossi, Milanetto, Van den Borre) and a real wingstriker (Palladino) or an offensive left midfieldplayer (Rossi) ? We all know it at 20.30 hours, Forza Genoa !