In the last match before the National team break the Gasperini-boys again booked a spectacular victory with the deciding goal in the last minute. After Hernan Crespo scored 1-0 and 2-0 it was Raffaele Palladino (tonight after many years selected by Mr. Lippi in the Italian National team) who put 3-0 as halftime score in the books. Game over ? 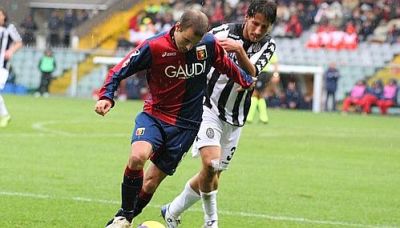 Unhappily not, because in the 80th and 82nd minute Siena scored 3-1 and 3-2, so everything was possible again also because of the fact many players of Genoa seemed tired after the match in Europa League last Thursday against Lille. In the 90th minute the deciding goal was scored by substitute Sergio Floccari: 4-2 and again 3 points to Genoa. We are now on the 6th position in the standings with 20 points in 12 matches, exactly the same as last season when we ended at the fifth position and went into Europa League. 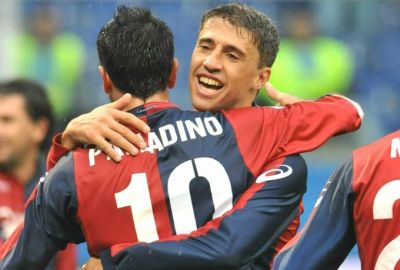