Tonight at 18.00 hours Genoa plays in Luigi Ferraris against Udinese on a new grassfield, that is ready just on time. Our wingstriker Bosko Jankovic is finally back in the team, just as Emiliano Moretti, Rodrigo Palacio and Nenad Tomovic. Mr. Gasperini selected the following 18 players:

With the match tonight probably comes an end to the discussion about the incredible penalty of Juventus last week. Even José Murinho the trainer of Inter supported Genoa in the newspapers and was furious that Juventus was helped for the 3rd match in a row. It looks like the referees want to end the crisis of Juventus. Even last Thursday in Europa League the opponent of Juventus: Ajax did not get 2 clear penalties. Unless the defeat the Ajax-supporters were clear: 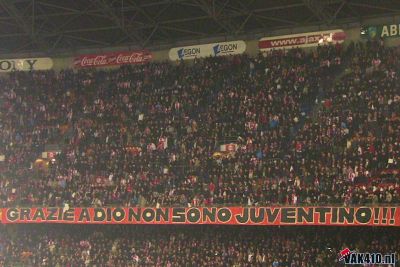