With Alessio Scarpi in the goal and Marco Rossi in midfield Genoa started version 102 of the derby della Lanterna. In the first 23 minutes Sampdoria was the strongest team in the field, but after the goal of Ca$$ano it was only the red and blue team that played football. Several chances were missed, a goal of Sculli was regulary annulated because of off-side and the biggest chance was missed by Bocchetti in the 90th minute while Dainelli was in a much better position just a few centimetres behind him. After 3 victories a defeat in the derby, but a draw should be a much more honest result. 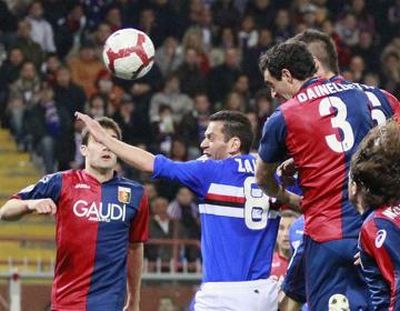