The last 2 seasons in Serie A we had a fantastic central-forward who scored almost 50% of all our goals. After Marco Borriello and Diego Milito, we miss such a great topscorer this year. But Mr. Gasperini found the solution and again in the Dutch way: the wing-players !  Yesterday Genoa scored 3 times: 2 goals by right wingplayer Rodrigo Palacio and the 3rd goal by Ivan Fatic who was only 30 seconds in the field when he scored. Again a good substitution of our brilliant coach. 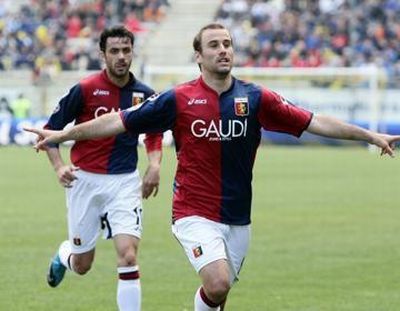 Ivan Fatic already was our 18th player who scored this season which is a record. The victory brought us back on the 8th position in the standings, just 1 place outside the Europa League zone. Sunday we play at home against Lazio and another victory is nescessary to keep the European dream alive.