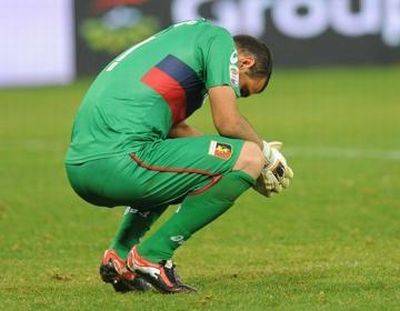 With a goal in the 48th and last minute of the 1st half Inter did win the topmatch in Luigi Ferraris. Our goalkeeper Eduardo was guilty of this bouncing ball of Muntari that never might have finished behind him in the goal. In the 2nd half Genoa attacked all 52 minutes and Inter only defended and spoiled time with many fake-injuries. Criscito, Toni and substitute Boakye were close to the equalizer but at the end the only thing Genoa got were the compliments. 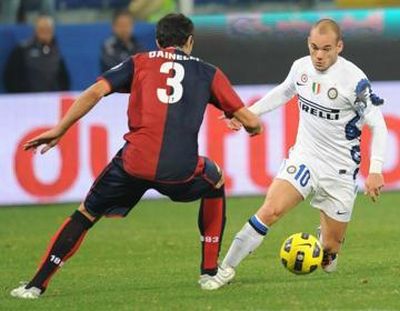 With 7 injuries (central-midfielders Kharja and Veloso; strikers: Palacio, Jankovic, Rudolf, Palladino, Sculli) and a 0-5 defeat last year the chances of Genoa against Inter seemed very little. In the field however the teams were equal with big chances in the first half to Eto’o and Rossi. The goal of Muntari was not even a little chance. In the 2nd half Inter only defended the 0-1 score. Let’s hope that at least one of the central-midfielders Kharja or Veloso can play next Sunday-evening in Palermo because Omar Milanetto got his 4th yellow card against Inter and will be squalified this week.