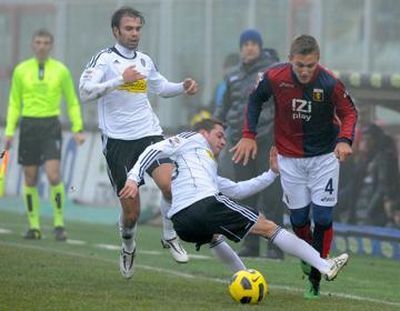 Again a draw without goals. Genoa played 8 matches with Mr. Ballardini as coach and we took only 4 goals (Juventus 2, Napoli and Lecce both 1), but we also scored only 5 times (Lecce 3, Bologna and Cagliari both 1). The 5 clean sheets against Bologna, Cagliari, Brescia, Lazio and Cesena are fantastic, just as the fact the Genoa now has the best defence of Serie A with only 15 goals in 18 matches. But we Genoani like attractive and offensive football and with only 5 goals in 8 matches we cannot say that the way of football of Mr. Ballardini is very spectacular and attractive. Yesterday against Cesena the only shot on target was a shot from 20 meters by Rafinha and the only real chance was missed by Mattia Destro. On the other hand, also Cesena had only 2 little chances, so or defence with Dainelli and Kaladze in the centre played perfect. Let’s hope our strikers will return (Palacio) and arrive (Boselli?) soon, before Sunday for instance if we play at home against Udinese that scored 4 times in San Siro against Milan yesterday. 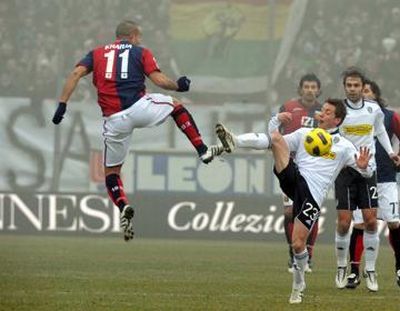