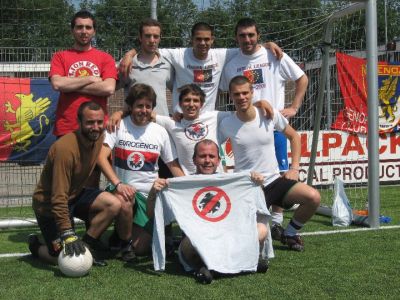 The 4th edition of United in the name of Genoa took place in Naarden, Holland. The team of the Flying Dutch Doctors who celebrate their 30th anniversary this year organized the tournament perfectly with all drinks and food for free! The two strongest of the 7 teams played the final: the Grifoni of Piazza Manin and the team of BFC, Naarden. The match ended in a 2-2 draw, so the penalties had to bring the winner. The Italians kept their minds cool and went home with the big trophy. Auguri, Forza Vecchio Cuore Rossoblu ! 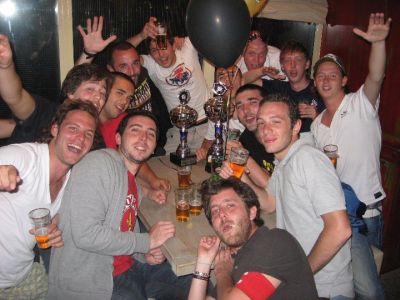