We can surely say: Genoa misses Alberto Gilardino. The central-forward is essential in our 4-3-3 system. Before Gila arrived we had problems to score and since his injury after the match against Lazio we did not score any goal. Against Chievo the team of Pasquale Marino had 3 big chances, but Kucka, Jankovic and Palacio missed them all. In the 30th minute Théréau of Chievo did score the only goal when Marco Rossi only watched the ball and forgot his French opponent. The 0-1 defeat was a shock to the fans, coach Marino and also president Preziosi who celebrated his birthday.

Tomorrow Genoa plays again at home in Marassi and the 3 points are nescessary to avoid a crisis and to keep the distance with number 18 in the standings Lecce. We now have an advantage of 9 points and have to beat Parma to travel with confidence to Lecce next week, in which match probably Gilardino will return in the team. 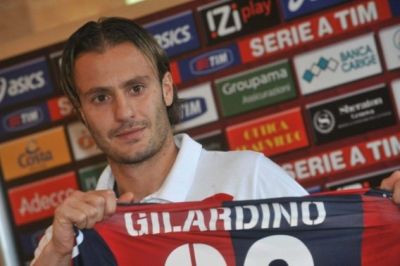