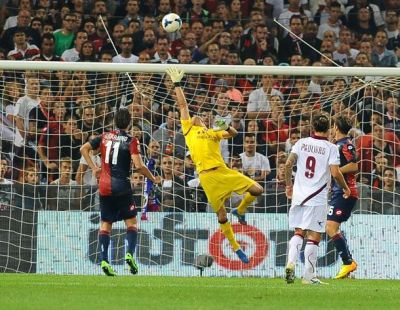 It is always hard after a victory in the derby to win the next match because the whole city (to be honest 65%) gives you the idea that you are a worldstar who will stay a hero for the rest of his life. But 6 days after the derby Livorno arrived in Marassi. The team of our old President Spinelli returned this season in Serie A and started the season with 6 points in the first 3 matches. In the first half an hour Genoa played without any ideas and with to less aggression to be dangerous. The first big chance was missed by Gamberini while the most close to score a goal was Manfredini who headed a free-kick of Stoian (our best player this Saturdaynight) on the crossbar. The match stayed goalless: 0-0. 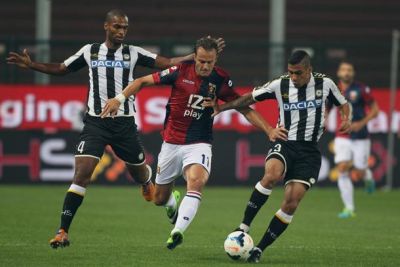 At Tuesdaynight Genoa played in Stadio Friuli in Udine. After the 7 goals behind our young goalkeeper Perin (20 years) in the first 2 matches Genoa had 2 clean sheets in the derby and against Livorno. Another clean sheet would be perfectly and should bring us in the middle of the standings. Udinese was of course the best team in the field, but hardly got any chances by our good defense, till Calaio headed the ball in our own goal in the 79th minute: 1-0. With substitute Adrian Stoian in the team Genoa tried to score the equalizer, but we didn’t succeed: 1-0 defeat.