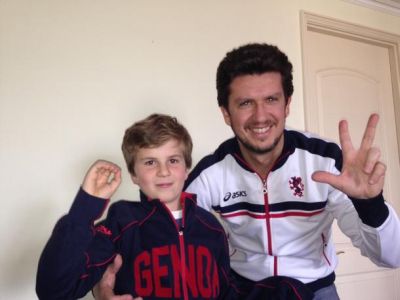 Everybody knows that a derby is a special match and it is very hard to say before the match what the result will be. Genoa after 2 defeats of course was very motivated, but Sampdoria had only 1 point so also they had to win for the standings but also for the honour in the city. Within 9 minutes Luca Antonini opened the score when he kicked an assist of Biondini directly behind goalkeeper Da Costa: 0-1. During the rest of the first half Genoa was the strongest team in the field and Mattia Perin was almost unemployed. After 5 minutes in the second half Genoa scored again.  Gilardino passed the ball towards Vrsaljko with ran towards the goalline and gave an perfect assist to Calaio who scored easily: 0-2, Gradinata Nord was on fire! In the 66th minute Lodi copied Branco (1991) and Francioso (2001) with a perfect free-kick high in the leftcorner of the goal in front of Gradinata Nord: 0-3. 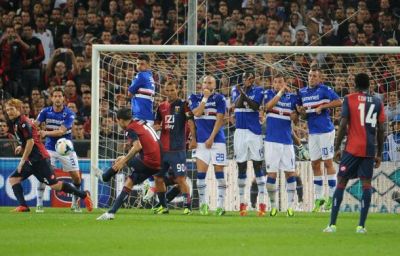 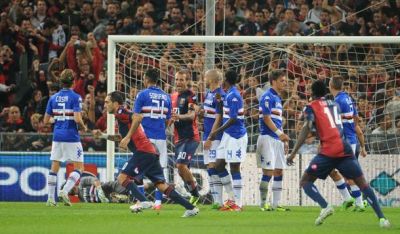 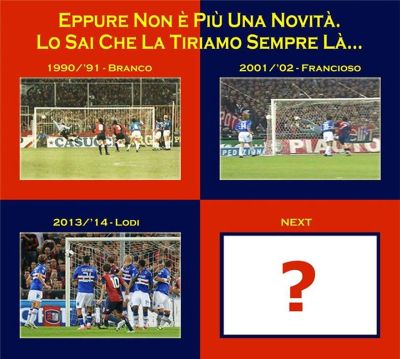 The 3rd goal was celebrated with coach Liverani who ran towards Gradinata Nord to celebrate the goal with his players. Liverani seemed to be coach of Genoa for a long time.