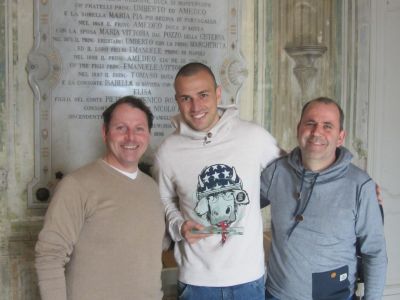 After the news in October in the Italian newspapers and on several websites that Luca Antonelli is our Genoano of the season 2012/2013 we hoped that Luca wouldn’t be transfered to Napoli before we could handover the trophy. Happily Rafael Benitez don’t know Luca Antonelli very good yet, so our left midfield-player who reached the Italian National team and hopes to go to Brazil this summer could receive his trophy. Very friendly Luca was very happy with his trophy and thanked all his fans in Holland and Belgium for it. As a surprise Luca also told us that he will sign a new contract with Genoa till 2018, so we don’t have to be afraid that he leaves us. He hopes to receive our trophy also the next years and to be the new Marco Rossi of Genoa!

After the handover of the trophy we were guests at the weekly press-talk of mr. Gasperini. Gasp told that he was afraid that Sampdoria would be more passioned the next day because they lost the first derby. he also missed some “grinta” by our players. Unfortunately Gasp was right as we now know. After the press-conference Gasperini wanted to make a foto with us in front of Julius Cesar. 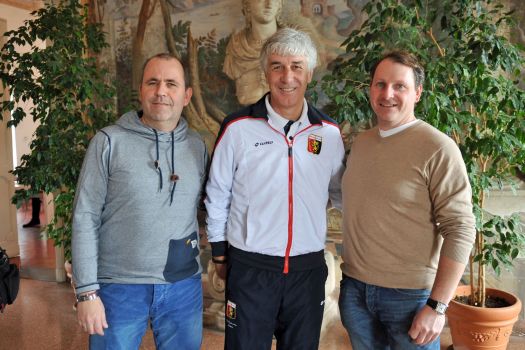