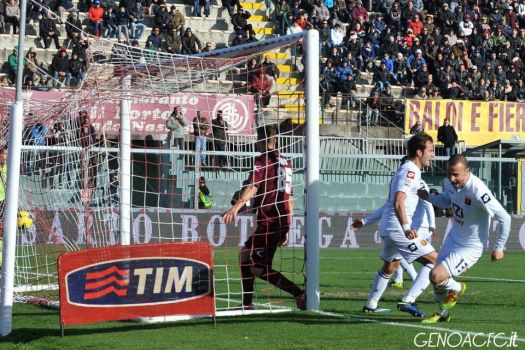 Since 1938 Genoa did not win in Livorno. Of course we don’t play every season against the Granata of Toscany, but 75 years is too long. After the bad match against Sampdoria the Gasp-boys had to take revanche. With Captain Portanova back in the team there was surely more spirit. Already in the 9th minute “our” Luca Antonelli scored the only goal in the rebound after goalkeeper Bardi stopped a shot of Gilardino. Genoa refused to score the deciding second goal so in the last minutes Livorno tried to score the equalizer. In the 94th minute Livorno was close to score but Portnavo headed it out of our goal. A nice victory that gives us already 30 points in the standings, 1 point above A.C. Milan. Portanova celebrated it with the 500 fans that travelled to Toscany. 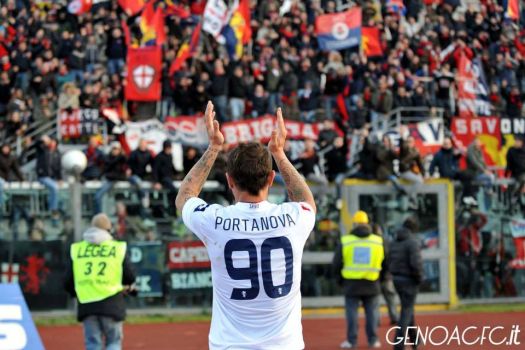