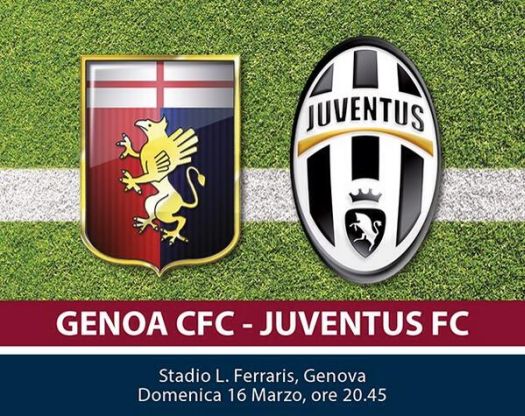 Tonight we play the big match of the 28th round against Juventus. Against Chievo Mr. Gasperini let Antonelli, Sculli, Matuzalem and Portanova outside the team while Burdisso and Bertolacci were banned because of their yellow cards against Catania. Tonight all 6 players will probably start against Juventus, the team that 99% sure will be champions of Serie A for the third time in a row within a few weeks. But tonight ….. Forza Genoa!