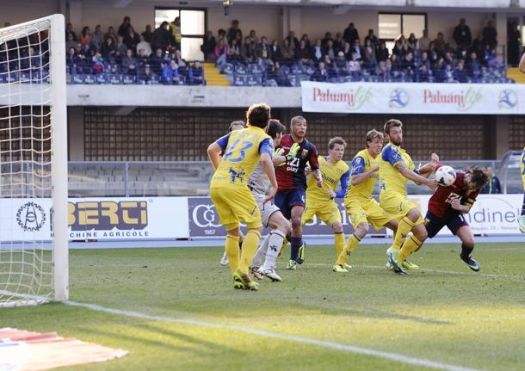 Alberto Gilardino scores the equalizer in the 89th minute: 1-1

Two stupid fouls of  Konaté and Motta (in injurytime) in the penaltyarea against opponents who did not had any chance to score blocked Genoa. Already in the fifth minute Moussa Konaté pulled the shirt of our ex Adrian Stoian who immediately felt down in the penaltyarea. Our ex-striker Paloschi realized the penalty: 1-0. From that moment Genoa was the best team in the field. A great goal of Gilardino in the first half was regulary disapproved because of offside, but in the 89th minute our topscorer finally scored the equalizer: 1-1. A deserved point and game over we all thought, but not Marco Motta who blocked with his arms another ex-Genoano Lazarevic in the penaltyarea in the 92nd minute.  The penalty again was scored by Alberto Paloschi: 2-1. A stupid defeat, which should not be possible after the same headless penalty against Burdisso in the match against Udinese. Next week we play at home against Juventus. 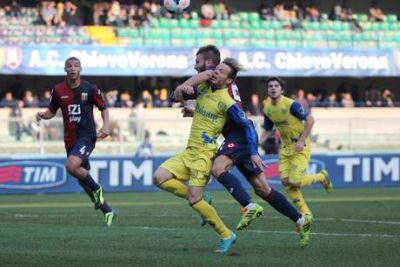