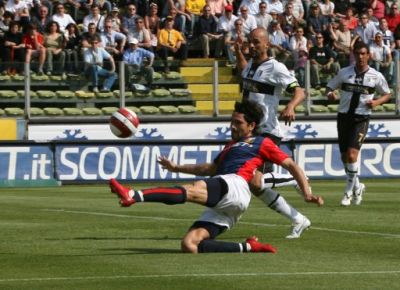 The players of Genoa invited a new system: all balls to Borriello. Just as last week against Empoli all Genoa-players wanted Marco Borriello to score and make him topscorer of Serie A. Yesterday Leon had a great chance to score, but in stead of scoring our enfant-terrible played the ball to Borriello who was in a worse position to score and missed. Also others often played the ball to Borriello in the penaltyarea instead of trying to score themselves. Parma’s old topscorer Cristiano Lucarelli (brother of our Alessandro) succeeded in the 58th minute to score and brought Parma an undeserved 1-0 victory. Luckily also Napoli lost against Torino, so we stay on the 8th position in the standings. 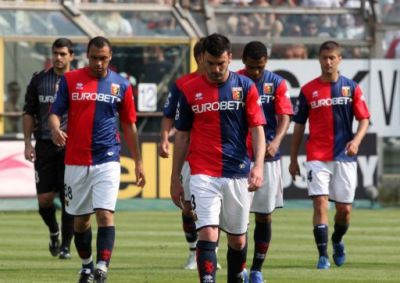