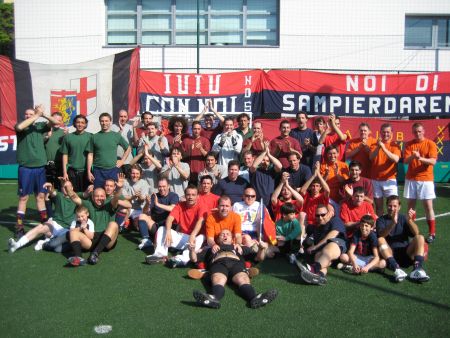 Last year the 1st edition of the Calcetto-tournament United in the name of Genoa was a big succes. Six nice teams from Toscany, Liguria and Holland showed up and played a fantastic and very friendly tournament that was perfectly organized by Lucca, Iccio and some other great Genoani. This year we come back from Holland with at least 2, but probably 3 teams to show Italy once again the famous Dutch total-football. We hope to see you all, including Mr. Gasperini and his complete staff, on Saturday 16th May 2009 for the 2nd edition of United in the name of Genoa.