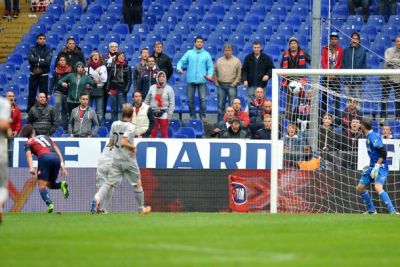 Mr. Gasperini returned in Luigi Ferraris with a victory: 2-1 against Chievo. Giovanni Marchese his punishment was over at 15th October, so he started as left midfieldplayer in the line-up. After 22 minutes Giovanni gave a perfect cross on the head of Alberto Gilardino who headed it in the seven of the goal: 1-0. At the beginning of the second half Chievo scored the equalizer out of a corner of Genoa. Almost the complete defense of Genoa was still on their way back to their own goal when Simone Bentivoglio scored 1-1. The happines of Chievo lasted only 2 minutes when again Alberto Gilardino scored: 2-1. After this goal Genoa had several chances to decide the match definitively but we all had to wait the full 95 minutes to celebrate the first victory of Gasperson. Genoa now has 8 points in 8 matches and plays in Juventus stadium next week. 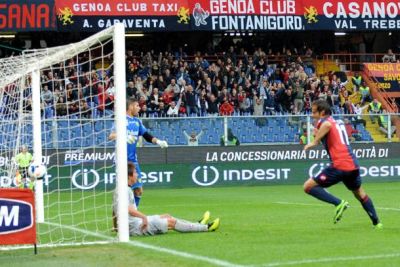